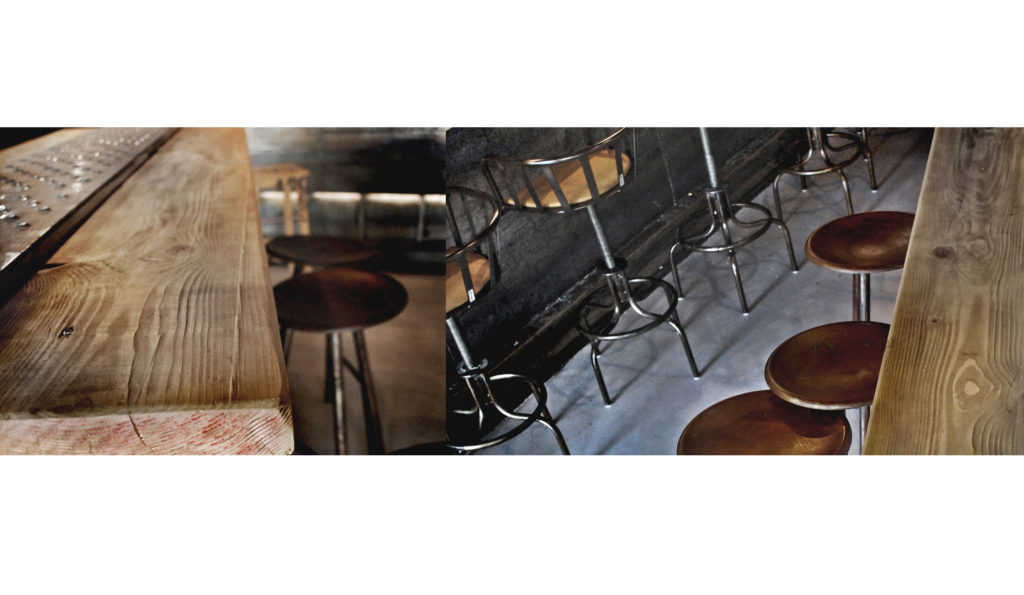 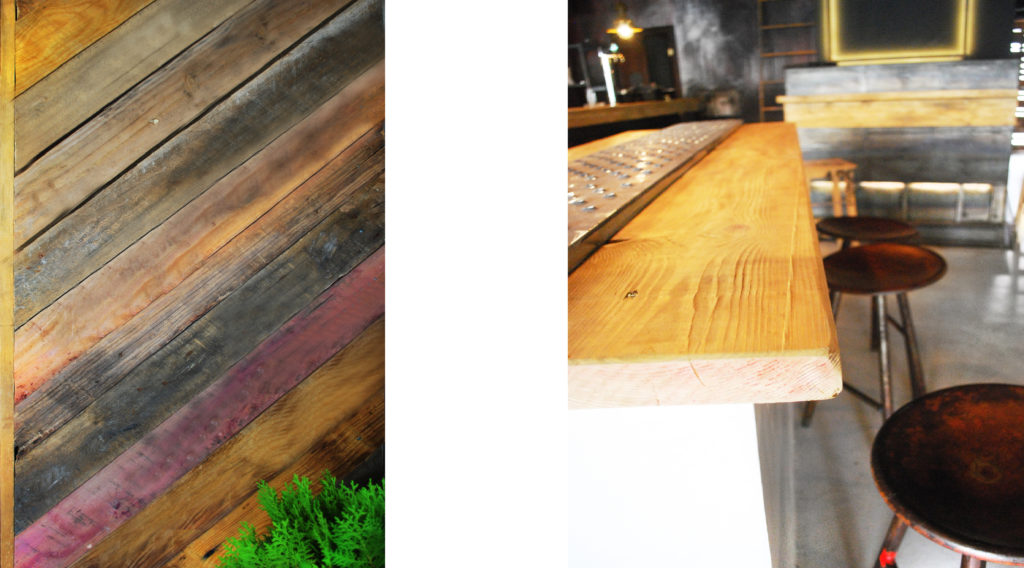 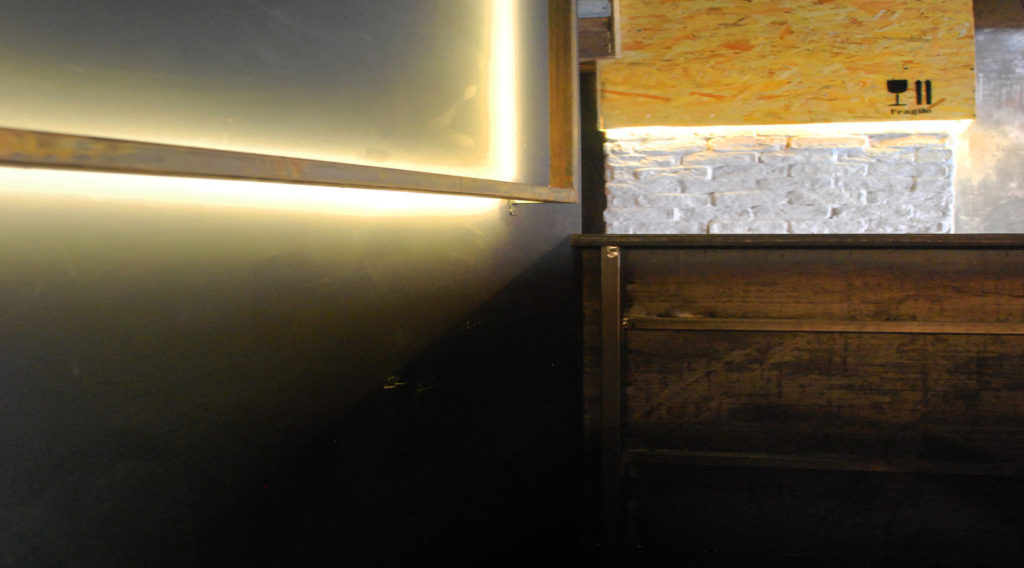 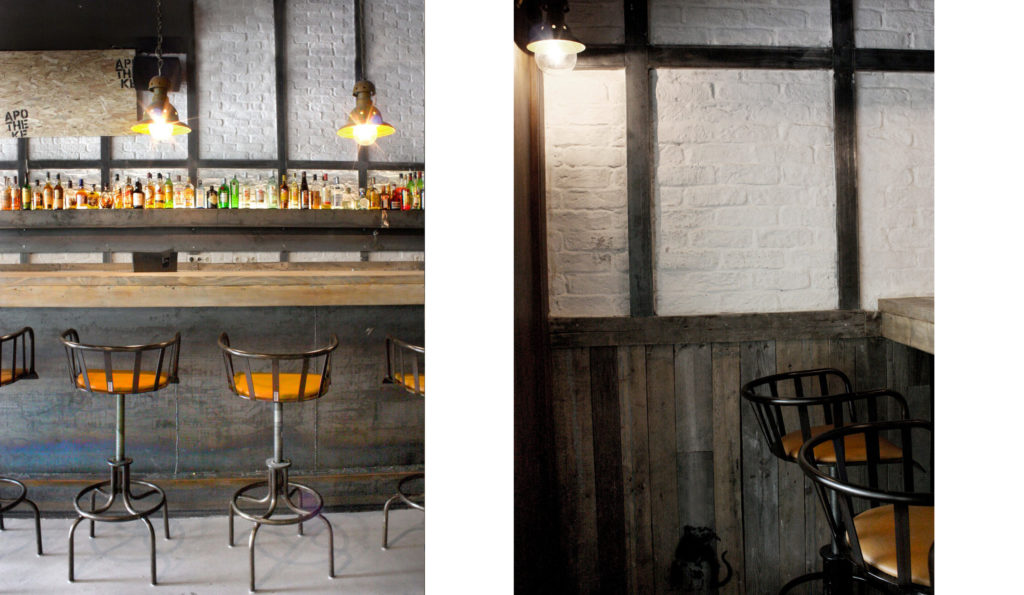 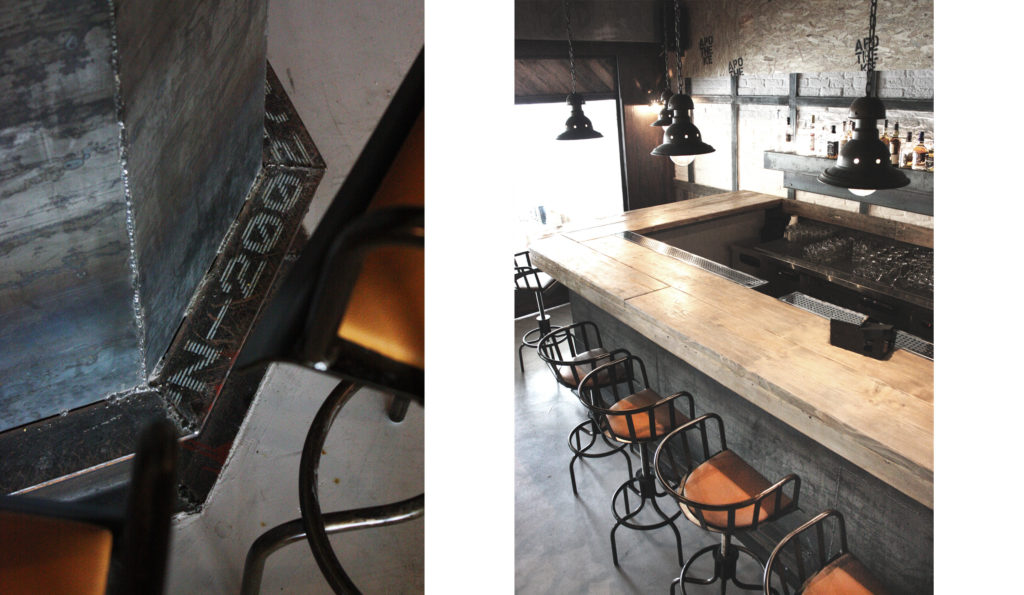 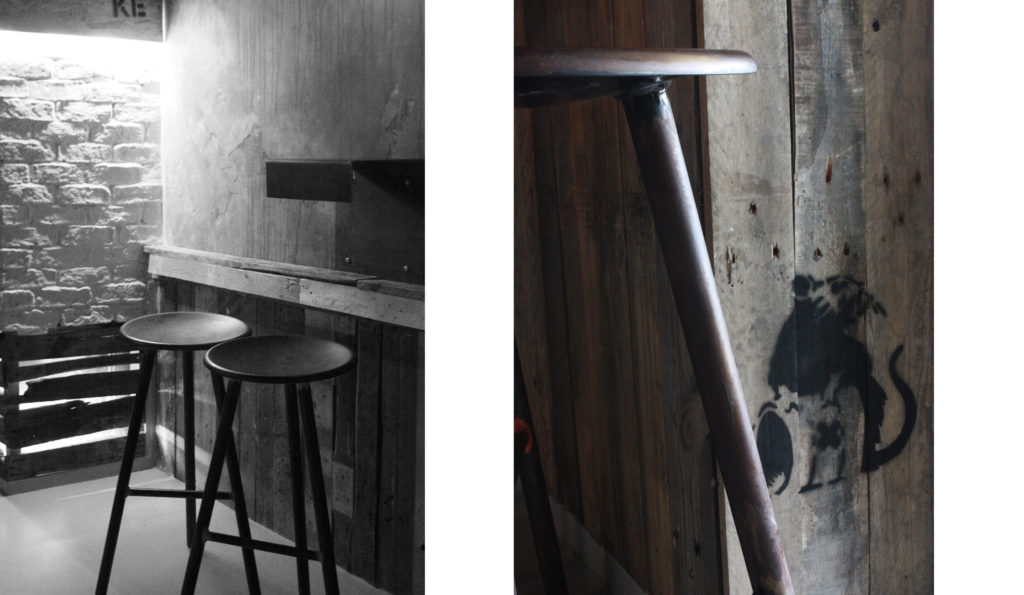 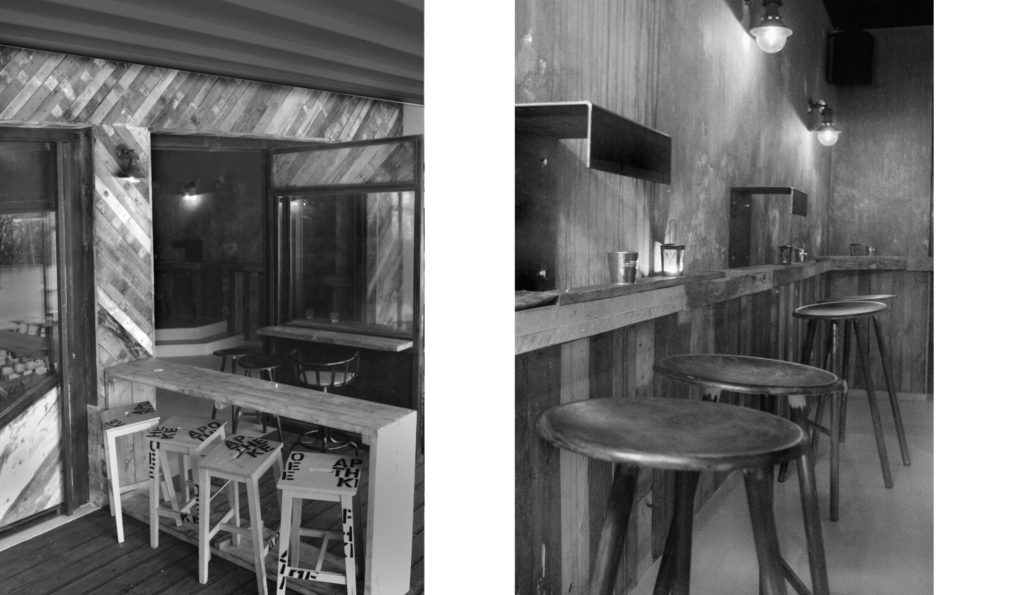 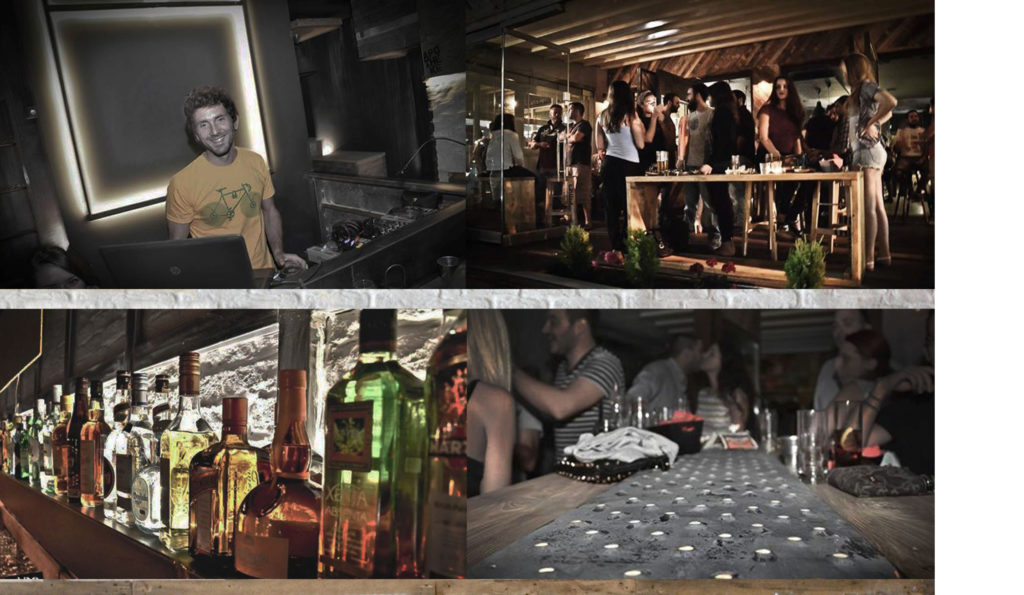 Apotheke bar is late night bar located in Mellissia, Athens. It was designed and realized in August 2013. It is a low budget project where we tried to refurbish as much of the existing furniture of the previous bar and use recycled material from construction sites.

The client asked for a feeling of 20’s alcohol prohibition mixed with industrial elements that were the latest trend in Athens. “Apotheke” means “Pharmacy” in German and “Warehouse” in Greek, implementing a conception as an illegal spirit grocery. Our design aims for the fun and decadence of the prohibition era, with themed drinks and a stage for weekly live music shows adding to the atmosphere created by the interior design. It is a low budget-diy project, where we reused as many of the existing furniture as we could with diy techniques. For example we removed the paint from the brighly coloured stools to give them the rusted look that fitted the concept and we stenciled the logo on other stools to give them a shipping package tone. Raw construction materials, reused wood, exposed brick, rusted steel, building systems and concrete: Our modern-industrial version of a Speakeasy, an illicit establishment that sells alcoholic beverages.